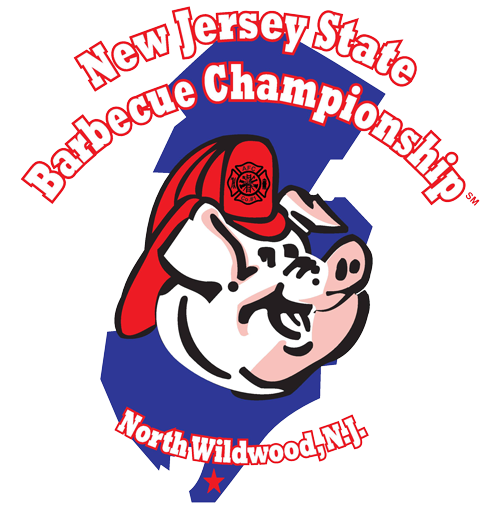 Learn the secrets from a “Best Ribs in Jersey” winner!

Ready to take your barbecue to the next level? Whether you are a back yard warrior looking to kick it up a notch, or a certified rib aficionado, you’ll be sure to learn a thing or two from the “Best Ribs in Jersey” winner. Pitmaster Alyson Lupinetti, daughter of famed Pitmaster Butch Lupinetti, was born with BBQ in her blood.  Alyson Lupinetti will show you the secrets to preparing award winning Pulled Pork and Ribs. Alyson is co-owner of Butch’s Smack Your Lips, a competition barbecue team and “ribber” of national renown. Every year, Alyson and her crew go on the road to the largest barbecue events around the country, serving their multi-award winning ribs, brisket, pork and chicken to literally tens of thousands of happy customers.

In this 60 minute class, you will see what it takes to go from raw ribs to the awards stage. And we all know you can’t talk about great barbecue without eating it, so we will be sure to give you plenty of great samples as well.
Saturday, July 13, 2019
11:00AM
Tuition $22-advance registration required.

If you know anything about the competitive barbecue circuit, you know that Alyson -Aly-Lupinetti’s accomplishment are unusual. Manning the smoker is traditionally the domain of males, and males of a certain age at that.

Yet the way she sees it, she’s among kindred spirits when encircled by smoke and flame.

As daughter of the late, lauded New Jersey pitmaster Butch Lupinetti, Aly was raised among a crew of what she now considers to be honorary fathers. Like her own dad, they instilled a reverence for low-and-slow smoking, quality meat and the spirit of (mostly) healthy competition that defines the craft.

“We would have the pig in the back seat of the car,” Lupinetti recalls, and she’d fall asleep on it as they drove. At the time, Butch ran a roadhouse in Pemberton, Butch’s Place, where he was known to sing a tune or two with Southside Johnny and the Asbury Jukes.

It was a formative experience. From the time she was 8, Lupinetti served as her dad’s right-hand woman at competitions, according to her mom, Lynne. One of her superpowers: the ability to stay up late, watching the fragrant cloud that wafted from their Ole Hickory pit smoker mingle with moonlight. Every so often, she’d feed in a bit of homegrown Jersey hickory, putting a local twist on their North Carolina-style meat.

In barbecue, of course, overnights are part of the game. On average, a brisket takes 12 to 14 hours start to finish, smoked at a steady 250 degrees. Pulled pork takes at least 12 hours, while ribs take up to five. 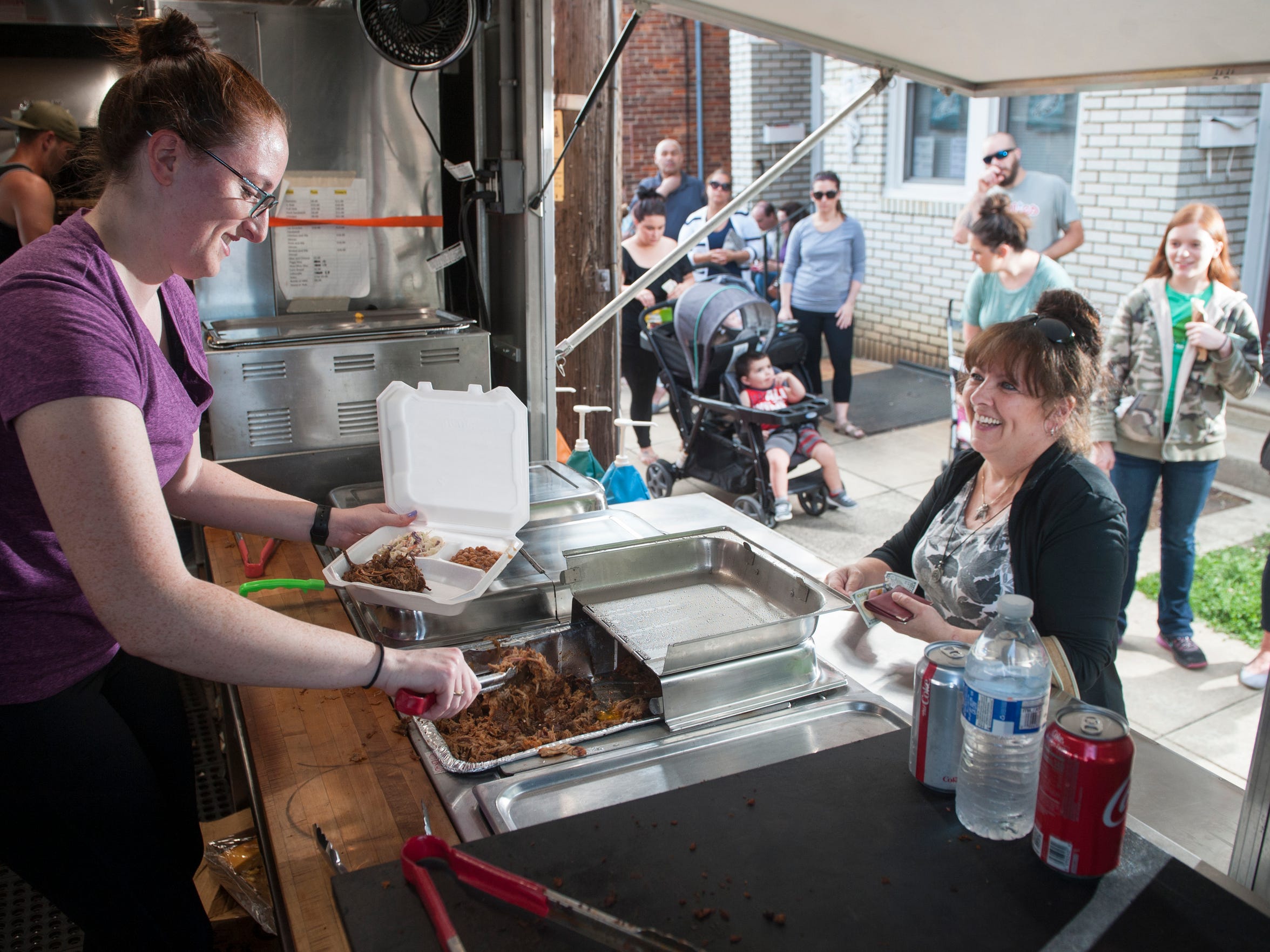 “You come home, you have no hair left on your knuckles, on your arms. A lot of guys have to wear sunglasses, because the smoke is so bad. I’ve just gotten used to it, but I look bloodshot every night,” Aly says.

Yet when it comes to bragging rights, one leaves nothing to chance.

Perhaps that explains why those honorary fathers took Aly under their wing when Butch passed in 2010, initiating her into what’s generally considered to be a brotherhood. Keepers of a culinary tradition that hearkens to humanity’s earliest means of cooking —albeit with high-end equipment and custom meat — they understand what it means to maintain older foodways.

“It’s part of this country. It’s part of me,” Aly reflects, noting how that continuity grounds her. “I was always working with my dad, who I had so much trust in. I had never done anything on my own until he was gone, and it was scary. The first piece of meat I stuck in the smoker, I thought man, I really hope I remember how to do this.”

By all accounts, however, Aly had long been Butch’s most gifted student. Late evenings when Aly was a kid, Lynne would arrive home from work to find the pair rubbing chickens or preparing pork butts, Aly’s school assignments left by the wayside. “She would yell at me: ‘You have to get your homework done!’” Aly laughs. “And I’m like well talk to Daddy because he has other priorities.”

If said priority was to pass down his love for the craft, he was as successful there as he was on a 2006 episode of “Throwdown with Bobby Flay,” where his ‘cue bested the Iron Chef’s. Throughout his career, Butch won 600 trophies. Aly already has roughly 100 of her own.

“People say: ‘You’re from New Jersey. What do you know about barbecue?’ My answer is always: ‘Well, I’m from South Jersey, so it counts,’” Aly laughs.

She’s energized by competition, particularly when underestimated. “I’m doing it … I wouldn’t say better than my Dad, but I’m doing it,” Aly says. “And I’m beating them, more than once, so it’s not a fluke.” 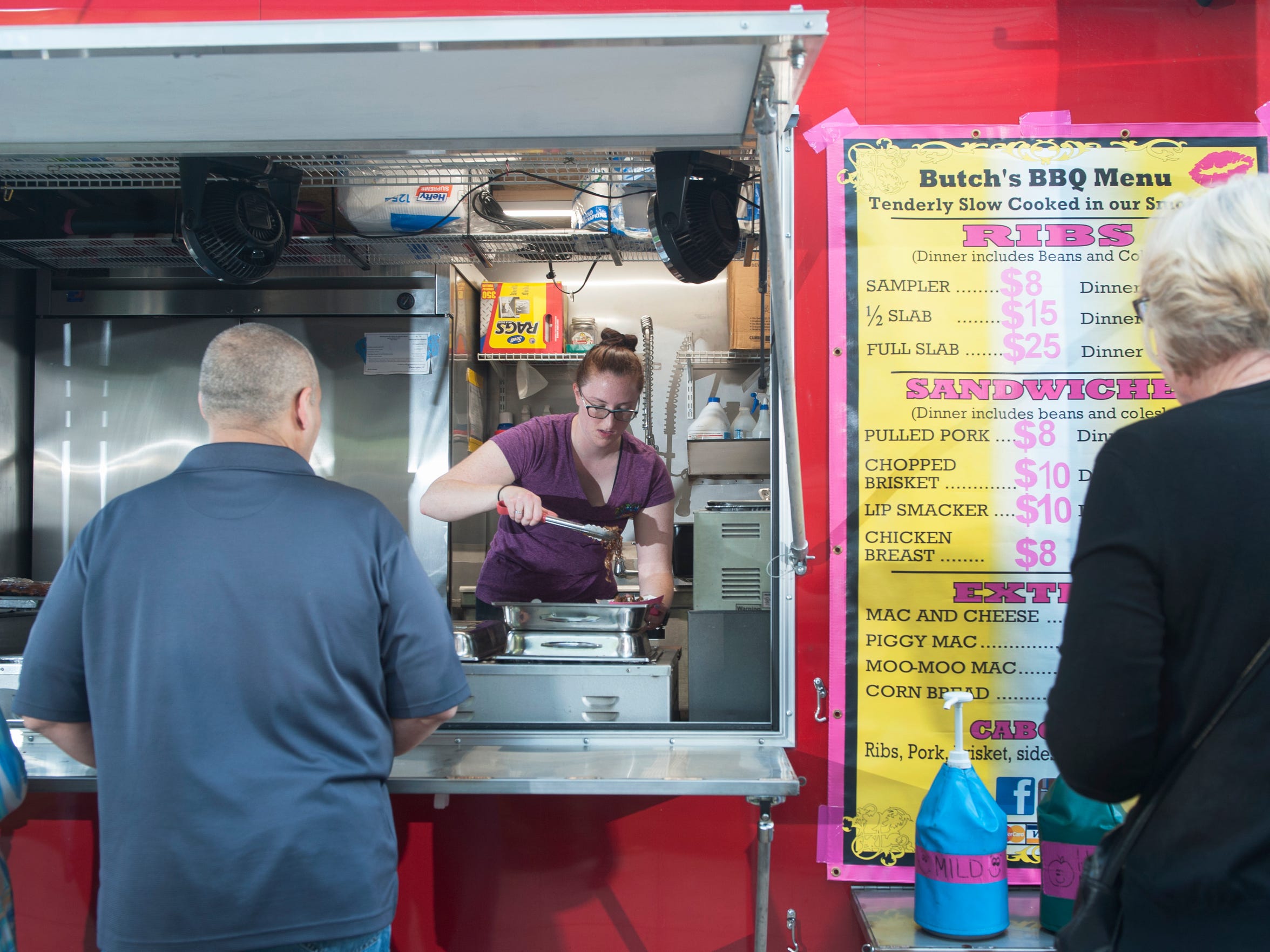 To be fair, mom inspired her path as well.

A graduate of TCNJ, Aly works in insurance by day, just like she did. And it only takes a few moments talking with the pair, who look like sisters, to see that the bond between them is strong. That partly comes from running a business together — traveling, developing their line of sauces, finding room for another glittering trophy.

It’s not how Lynne, a svelte 70, envisioned her retirement. When Butch passed, she prepared to sell the business. Aly pushed her to keep it going.

Today the two women, along with Aly’s husband Matt — whom Aly has taken on as her own student — attend close to two dozen shows annually.

Aly refers to mom as the “paper gangster,” responsible for logistics and a healthy dash of moral support. “I keep everybody out of their hair when they’re doing the competition,” Lynne says.

That’s important, because it’s a serious undertaking. Packed on a big rig that weighs close to 15,000 pounds, the set-up of the restaurant kitchen alone takes four-to-five people several hours. Up goes a sign that claws 35 feet into the sky, donning pictures of Aly and Butch, along with namesake crayon-toned lips. Bessie, Butch’s original 30-year-old smoker that Aly thinks of as a sibling, is prepped and stoked.

Though she’s getting on in years, Bessie can still pack in 140 racks. That’s a good thing. Over the course of Rock, Ribs & Ridges, Lynne estimates they’ll feed thousands the very same food they’ll enter into competition. Via the Weis Market’s People’s Choice award, festival attendees even get to weigh in.

“We’re not doing anything special. We’re not doing anything secretive,” Aly says of their product. An open book, she’ll tell you everything, shy of the key ingredients that make their 29-spice dry rub sing. That’s because like her dad, Aly is driven by a desire to share, whether it’s food, knowledge or the camaraderie that defines these competitions year after year.

If a young girl sees her and thinks “I wish I could do that,” Aly encourages her to reach out. “You can. Hell yeah, you can. Come over and talk to me. I’ll teach you,” Aly says. “I hope you take it, and you run with it and you come beat me someday.”

Outside the Mount Laurel home that the family shares, the one Lynne and Butch built from the ground up, sits a hulking blue Ford pickup. Looking closely, one sees the customized New Jersey license plate: GRLTOY.

“I was tired of people asking me if it was my dad’s or husband’s truck,” Aly says. That tells you something about a confident woman who’s not afraid to play with the boys, or to give them a run for the money.

“I love applauding women who are doing big things. Even little things. I mean, just do something. Make yourself known.”

Will she hold her title at Rock, Ribs & Ridges? Only time, thousands of pounds of pork and a whole lot of pit smoke will tell. It is her birthday show, however, and another trophy would be nice.

Either way, she’s already won in the eyes of her most important critic.

“As she became more and more involved (in the business), I felt as though the values we instilled in her when she was a child came out and started to shine,” Lynne says. “Now I can sit back. She and her husband run everything, and they are at the same caliber my husband was at this point in time. He would be so proud of her, you know?”